In Group F of the 2022 World Cup in Qatar, Belgium and Croatia are the two favorites, but they will be up against dangerous underdogs. Canada has made great progress in recent years, and Morocco has some very good players in its ranks.

We will introduce you to the four teams and reveal our sports betting tips for Group F.

Belgium is one of the best teams at the 2022 World Cup in Qatar and is also the obvious favorite to win Group F for Bet365 which are test winners in our bookmaker reviews. And rightly so, after all, they beat Brazil at the last World Cup in 2018 and were only beaten by the French in the semi-finals.

The team of coach Roberto Martínez, who has been in charge of the “Red Devils” since 2016, defeated England in the match for third place and thus achieved the greatest success at a World Cup in the history of Belgian soccer. At this tournament they want to top the result of the last World Cup. Romelu Lukaku, Kevin De Bruyne and numerous other stars could make this possible.

Canada is not a regular participant at the World Cup and is making only its second appearance at the tournament in Qatar. Their only World Cup experience to date was unsuccessful, as they finished last in the group stage in 1986 after three defeats, failing to score a single goal in the process. This is set to change at the 2022 World Cup and two star players are expected to put the Canadian national team in a good light. Bayern left-back Alphonso Davies and Lille center-forward Jonathan David have pure international class and are definitely capable of scoring a goal or two.

Morocco has participated in five World Cups to date, advancing to the round of 16 at their second attempt in 1986, where they were beaten by Germany. Since then, however, the “The Atlas Lions” have been eliminated in the group stage every time. Four years ago, they managed a draw with Spain, but defeats to Portugal and Iran saw them finish bottom of the group.

The undisputed star of the team is right-back Achraf Hakimi, who is also often deployed in right midfield in the national team. Hakimi won the Champions League with Real Madrid in 2018 and the Serie A with Inter Milan in 2021. He is currently playing for Paris Saint-Germain.

Croatia sent its fans into ecstasy in 2018, as the small but extremely sport-obsessed nation was only beaten by the French in the final and celebrated the biggest success in its soccer history with the title of World Cup runner-up.

However, it is questionable whether they will be able to make it that far again in Qatar, as key players such as Luka Modric and Domagoj Vida are reaching an older age. Nevertheless, the midfield in particular, with players like Brozovic, Kovacic and, of course, Luka Modric, is still absolutely top-class.

For all bookies, Belgium is the big favorite to win the group in Group F. Bet365 offers odds of @1.53 on the Red Devils to win the group. Croatia is considered the second-best team, which is reflected in the odds of 3.50.

The bookmakers rate the two underdogs Morocco and Canada roughly equally strong. For a group win of the North Africans you get paid eleven times the stake, while there are odds of @13.00 for a Canada group win.

➜ more tips and betting odds for the World Cup 2022

It is highly unlikely that Belgium will fail to advance from this group, which is also underlined by odds of @1.11. For a promotion of the Croatians, there are odds of @1.53. Morocco and Canada are also considered underdogs here with odds of @3.00 and @3.75.

There are definitely groups at this World Cup where you shouldn’t put too much faith in underdogs. However, Canada and Morocco are different, as both teams have the potential to cause problems for the two favorites Belgium and Croatia. A good option in Group F is therefore live betting, so that you can watch the match in the early minutes and see how the game develops. We recommend our revolutionary betting tool to all ambitious bettors:

If you enjoy live betting, we recommend you to register at overlyzer.com to be able to follow all significant soccer matches worldwide live and see in real-time when a team is pushing or has a weak moment.

Who will win group F?

No other team in this group has as much quality as Belgium. Playmaker Kevin De Bruyne is one of the best midfielders in the world and, in partnership with the powerful striker Lukaku, poses a huge threat to any opponent.

Roberto Mancini’s team will be challenged in all three group games, which is why we risk an underdog bet on Croatioa to be Group F winners.

Belgium and Croatia are the favorites to advance, although Canada and Morocco can also be trusted to win a point or two. Croatia is the bookmakers’ clear choice to advance from the group together with Belgium, but given the low odds of @1.53 and the dangerous competition, we prefer an underdog pick here.

We are betting on the biggest dark horse in Group F and believe that Canada has a chance of advancing to the round of 16! Canada has already achieved some successes in the recent past with victories against Mexico and the USA and has two exceptional players in addition to a strong and athletic team.

Bayern left-back Alphonso Davies is often deployed in left midfield or even left wing in the national team, as he is even more valuable for his team in the attack. Striker Jonathan David scored a strong 15 goals in Ligue 1 this year and also contributed three goals in the Champions League for his club LOSC Lille.

Canada achieved a respectable success in the World Cup qualifiers, winning 2-1 against the favored national team from Mexico:

Whenever the Belgian national team competes, a lot of goals are scored. For example, the Nations League matches from 2022 against the Dutch (1:4) and Poland (6:1) turned into real goal-scoring spectacles.

Croatia is traditionally strong defensively, and rarely produces offensive fireworks against evenly matched opponents. Even though the games against the two underdogs from Canada and Morocco could well end in goals, coach Zlatko Dalić’s team is not a team that evokes an association with over bets overall.

When the Moroccan national team performs, it often scores a lot of goals. However, this is partly because opponents like Guinea-Bissau or Uganda are clearly inferior in quality and concede many goals. At the 2018 World Cup, only one goal was scored in each of the games against Iran and Portugal, while the team drew 2-2 with Spain.

Canada has been able to score a few big wins against opponents like Jamaica, Aruba, and Curaçao, but otherwise they are no “over-specialists” against stronger opponents. Against stronger rivals, Canada will be cautious on defense and rely on quick counterattacks. Since it’s difficult to predict whether the defense will hold against strong teams like Belgium, we rate the North Americans similarly to Morocco in terms of “over-probabilities”.

Speaking of Over/Under Betting:  Have you already seen our ➜ Over/Under tool? Our betting tool shows you even before the game starts the probabilities of how many goals will be scored in a game and if a game has an “over” or an “under” trend!

To bet on the first goalscorer of a match, you need to consider a few aspects in your betting strategy. Who kicks the penalties for each team? Who is the target player in the attack? Who are the top scorers in the national team?

All Group F matches will be played between November 23 and December 1. The big face-off between Croatia and Belgium will take place on the 1st of December at the Ahmed bin Ali Stadium

Croatia wants to start the first two games against Morocco and Canada with a successful result, so that they do not have to worry about the last group game against Belgium. However, we think that the favorites will have a hard time against the North Africans and that few goals will be scored in this match.

We bet that less than 2.5 goals will be scored.

Even though we believe that Canada will be able to surprise one or two soccer fans at this World Cup, we think that the opening match will still be a rather one-sided affair. Belgium is an extremely experienced team that will put a lot of pressure on the North Americans and leave the pitch as winners.

Therefore, on our betting slip will be a Belgium win.

The two sides have only met twice before, with the last encounter more than 20 years ago. In 1999, the Belgians won a friendly against Morocco 4-0, and five years before that there was a narrow 1-0 victory at the 1994 World Cup. We think that Belgium will once again come out on top and will probably be able to secure their progression to the knockout phase in their second group match.

We bet that Belgium will win against Morocco.

The runner-up in the world championship is, of course, the favorite in the match against Canada, but could face problems against the physically strong North Americans. Croatia is superior, especially in midfield, but will have to find solutions against a solid Canadian collective. We think that not many goals will be scored in this match.

Therefore, we recommend betting that less than 2.5 goals will be scored.

In this fixture, a lot will depend on whether the two favorites have already qualified for the knockout phase in their first games. If both teams are already promoted at this stage, numerous regular players will be spared on both sides and the teams will not have to play for a win at any price.

If both teams are set as promoted at this point, we recommend a bet on a draw.

Should one of the two sides still have to fear for promotion, we will probably see a rather tense match, because an elimination in the group stage would be a bitter disappointment for both teams. In this case, we recommend an under bet as an alternative.

In the match between the two underdogs, Canada has a good chance of pulling off a surprise. Canada can put in a cohesive team performance, with stars Alphonso Davies or Jonathan David standing out.

In Group F, Belgium, Croatia, Morocco and Canada will compete against each other.

Who is the favorite in the World Cup Group F?

Belgium are the obvious favorites to win group F. Croatia also has a very good chance of advancing to the round of 16 with the bookmakers. However, we think Canada could create positive headlines as a dark horse. 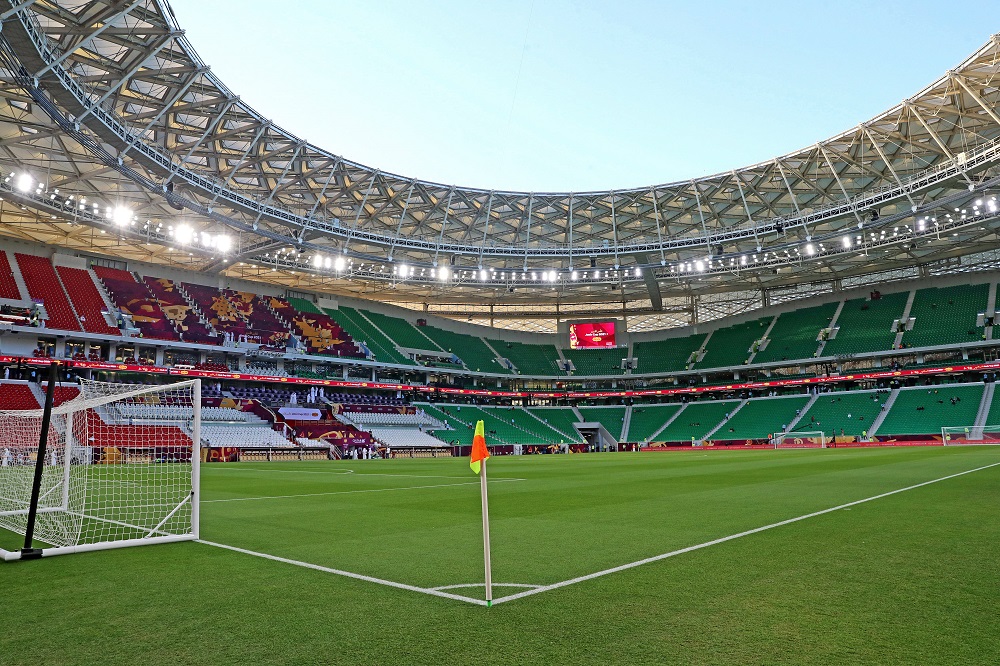 Who will the group winner from group F face in the round of 16?

The winner of Group F will face the runner-up in Group E. In Group E, Spain, Germany, Japan and Costa Rica will play for a place in the round of 16.