Brazil will be a huge favorite in Group G at the 2022 World Cup in Qatar, and the bookies even consider them the most promising contenders for the title at this tournament.

The most exciting question in this group is therefore who will qualify for the round of 16 alongside the Seleção?

Brazil is the most successful national team in the world and the only country to have won the World Cup five times. However, the last triumph was 20 years ago, when they beat Germany 2-0 in the final of the 2002 World Cup. Especially in the attack, the team of coach Tite, who has been in charge of the Seleção since 2016, has world-class players in Neymar and Vinicius Junior in its squad. However, players such as Marquinhos and Fabinho also keep the back line steady in defense, which is why Brazil has a good chance of winning its 6th World Cup title.

Serbia competed in a World Cup for the first time in 2010, before that they were part of the Yugoslav and Serbian-Montenegrin teams. Since then, no major achievements have been made at the finals. At the 2010 World Cup, they finished bottom of the group behind Germany, Ghana and Australia, in 2014 they failed to qualify and at the 2018 World Cup in Russia they were eliminated in third place behind Brazil and Switzerland – curiously enough, against two teams that were also drawn into the same group this time. There is hope for Serbian fans, however, as striker Dušan Vlahović will be a key player in the squad for this tournament.

Switzerland has participated in every single World Cup since 2006 and can now confidently be considered as a permanent World Cup guest. In four of the last five appearances, they made it through to the round of 16, where they were then eliminated on each occasion. This time, too, coach Murat Yakin’s team is expected to get past the group stage. The Swiss are relying on a strong and balanced team without an absolute star player.

Many soccer fans still associate Cameroon with the 1990 World Cup, where Roger Milla and his teammates won the opening match against Argentina by complete surprise and eventually became the first African national team ever to reach the quarterfinals, where they were only beaten by England in extra time. Since then, Cameroon have qualified for the World Cup finals five more times, but have been eliminated after the group stage each time. Cameroon is relying on a dangerous forward duo in Karl Toko Ekambi and Vincent Aboubakar, who may not have the most famous names, but they work extremely well together.

The bookies have great confidence in the five-time world champions. With odds of @5.50, Brazil have the lowest betting odds of all teams in the 2022 World Cup to win the title and are therefore considered the favorites to win the tournament.

If you enjoy live betting, we recommend you to ➜ register at overlyzer.com to be able to follow all significant soccer matches worldwide live and see in real-time when a team is pushing or has a weak moment.

To advance to the round of 16 as the first or second place finisher in this group, you will of course only get low odds of @1.11 for Brazil. For Switzerland and Serbia, you get odds of @2.00 and @2.10 respectively. If you pick this bet for Cameroon, you will get 3.4 times your stake paid out.

Who will win group G?

Brazil clearly outperforms the other three teams in terms of quality. The top favorite to win the tournament should finish the group in first place, leaving Switzerland, Serbia and Cameroon quite comfortably behind.

Considering the quality of the squad and the superior qualification for the World Cup, there will be only a few punters who will bet on Brazil’s elimination. The big question is which team has the best chance of finishing second?

Cameroon are the biggest underdogs in this group and an advancement would be very surprising. They have quality on the attack, but they are vulnerable defensively against strong teams.

➜ all betting tips for the World Cup 2022

In Serbia’s favor lies the fact that coach Dragan Stojković has the better individual players in his squad.  Nevertheless, in our betting strategy we predict that Switzerland will finish second behind Brazil, as the Swiss have the more experienced footballers and perform better as a group. The Swiss also know how to get through a group stage.

Betting pick: ➜ Brazil and Switzerland advance to the round of 16 @ Bet365

Brazil is blessed with tremendous quality in the attack. Players like Neymar, Richarlison, Vinicius Jr. and Gabriel Jesus are always capable of scoring numerous goals, as they proved in World Cup qualifying. They scored 40 goals in 17 games, giving them an average of 2.35 goals. Runners-up Argentina, for example, scored just 17 goals against often defensively minded South American opponents. In the first half of calendar year 2022, Brazil scored at least four goals in four of six matches.

While Switzerland is always capable of scoring many goals against weaker opponents such as Liechtenstein and Lithuania, matchups at equal level often end with only a few goals. The Swiss have an experienced back line and they defend well as a collective, so it’s not easy to score against them.

Fixtures involving Serbia can be very rich in goals, as the forwards are strong performers and the defense is not always reliable. In World Cup qualifying, the Serbs scored 18 goals in 8 games, one more than group runner-up Portugal.

In Cameroon’s group matches, you can also expect a lot of goals, because here, too, the attacking forces have more qualities than the backline. At the last World Cup tournament, the team conceded nine goals in three games, and the defense is not much stronger than it was then.

Speaking of Over/Under Betting:  Have you already seen our ➜ Over/Under tool? Our betting tool shows you even before the game starts the probabilities of how many goals will be scored in a game and if a game has an “over” or an “under” trend!

➜ who will be FIFA World Cup 2022 Top Scorer

Group G fixtures will take place between November 24th, 2022 and December 2nd, 2022. The presumed clash for the second place in the group between Serbia and Switzerland will take place on the last matchday of the group.

The first match in Group G will feature Switzerland and Cameroon. Switzerland will be looking to get off to a good start with three points ahead of their difficult group game against Brazil. If the experienced Swiss defense can keep the dangerous Cameroon attack in check, it will be possible to secure an opening win.

We bet on an opening win for Switzerland in the clash against Cameroon. The Swiss have more experience in World Cup tournaments and have the more balanced squad.

The match between Brazil and Serbia could be a game with plenty of scoring chances, in which the greater quality should ultimately prevail. Brazil not only have a lot of quality in the attack, but also players on defense who will know how to help themselves against Serbia’s strong forward line.

We bet that Brazil will win against Serbia and start the 2022 World Cup finals with a victory.

Both teams are aware that probably only three points will be helpful if they want to keep their chances of reaching the round of 16. As both Cameroon and Serbia have very dangerous attacking players, we expect a lot of goals to be scored.

Due to the well-sorted backline of the Swiss, Brazil might have some difficulties in the match against Switzerland. A game of patience could develop, but Brazil should ultimately prevail. Brazil will dominate the game and will eventually find the gap in the opponent’s defense.

We bet that Brazil will win the second group match as well, and claim a victory against a hard-working Swiss team.

Brazil may already have six points and be through to the round of 16 before their final group game, but they will still be the favorites in their third group game. If some key players are rested, the fresh replacements still have enough quality to win against Cameroon.

We bet that Brazil will claim their third win of the tournament.

We expect a very close game here, although much will depend on the table standings, of course. Our guess is that we’ll see a very tactical game, which could well be a tight affair. Most sports betting sites see the two sides on an even level, and we also think that a draw is not unlikely.

We recommend betting on a draw in the game between Serbia and Switzerland.

Which teams will play in World Cup Group G?

Brazil, Serbia, Cameroon and Switzerland will face each other in Group G

Who is the favorite in World Cup Group G?

Brazil are the big favorites in the World Cup Group G. Bookmakers consider the Brazilians not only the favorites to win the group, but also the top contenders for the World Cup title.

How long will the group stage of the 2022 World Cup last?

In which World Cup stadiums will group G be played?

Group G matches are being held at al-Janoub Stadium in al-Wakra, Lusail Iconic Stadium in Lusail and Stadium 974 in Doha. 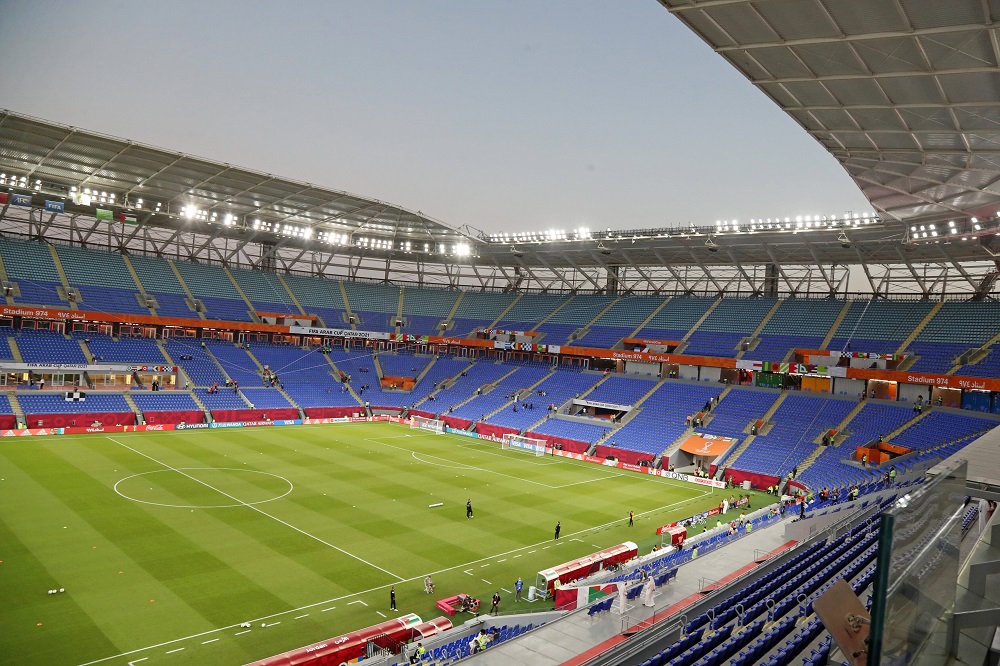 Who will the group winner from group G play against in the round of 16?

The winner of Group G will face the runner-up in Group H in the round of 16. Group H includes Portugal, Ghana, Uruguay and South Korea.