Are you ready to bet on the 2022 FIFA World Cup Golden Boot winner? The FIFA World Cup in Qatar is fast approaching and fans are wondering not just who will win the prestigious title this year, but also which player will win the golden boot! In this article, we present our top favorites and an appealing underdog bet on the top scorer at the 2022 World Cup. We’ll also give you four golden rules to follow when picking the top scorer.

The FIFA World Cup trophy is the most coveted trophy you can win as a footballer. In addition, there are also individual awards at all World Cups, for example for the best player of the tournament or the player with the most goals. Becoming the World Cup´s top scorer is an achievement for eternity, as the award winner can be certain that his name will never be forgotten in the world of soccer.

Among soccer fans, betting on the top scorer is also very popular and is one of the most common World Cup bets. We reveal what to look out for when playing a betting slip on the top scorer and take a closer look at the favorites and underdogs for the golden boot!

This is how the popular ➜ sportsbook bet365 assesses the chances of the top scorer at the 2022 World Cup in Qatar:

Bet365 sports betting is the undisputed test winner in our large Bookmaker comparison! A look at their top contenders will make the hearts of all soccer fans beat faster. However, before placing a bet on the top goalscorer, there are some betting strategies to consider that will massively increase the chances of success.

Long-term bets on the top scorer are extremely sought after by fans, also because this is a subject that always generates a lot of talk and interesting debates among friends. Even novice punters pay attention to some details, such as the attacker’s current form and whether the striker kicks his team’s penalties and free kicks.

There are four golden rules that are essential to follow before placing a bet.

Favorites to Win the Golden Boot

Harry Kane – Can he do it again?

The top pick of bookmaker bet365 is also our first choice. The center forward is the target player in the English forward line and is constantly used as a solo striker. He is surrounded by fast and dynamic wingers, who are always on the lookout for the powerful attacker in the middle. England has also been drawn in a group with Wales, Iran and the USA, in which a couple of goals should be quite possible.

The most significant factor, moreover, is that Harry Kane has already been able to demonstrate his scoring prowess and his qualities in the English attacking center at a World Cup. The goal scorer actually won the Golden Boot four years ago at the 2018 World Cup in Russia. Kane scored six goals, leaving Antoine Griezmann and Romelu Lukaku, who contributed four goals each, behind him.

Real Madrid player Vinicius Jr. has recently become one of the best players in the world and scored the only goal in the 2021/22 Champions League final. The young striker enjoys a regular starting spot on the left wing and is less prone to injury than Neymar.

Consider this: As you can see from our Overlyzer chart, Brazil is the dominant team against almost every opponent and can generate a lot of pressure and create numerous scoring opportunities even against teams that are difficult to play against, such as Uruguay. This should also benefit Vinicius Jr. at the finals in Qatar! Register now at overlyzer.com and secure your edge in World Cup live betting!

Wagers on Vinicius Jr. are rewarded with good odds, which is primarily due to the fact that he is not only a dangerous goal scorer, but also creates lots of opportunities for his teammates. Thus, last season, in addition to 17 goals, he also achieved 13 assists. This is also the biggest risk with this bet – the young Brazilian has a good eye for teammates and could contribute many assists instead of many goals.

When Romelu Lukaku led Inter Milan to the Serie A title, sportsbooks would certainly not have offered such attractive odds for the powerhouse striker. The Belgian had a disappointing season in the Premier League after his move to Chelsea.

In the summer of 2022, the striker moved back to Inter, where he is expected to find his old form. Like Harry Kane, Lukaku is the undisputed target player in the forward line for his team. His team faces Canada and Morocco in Group F, two squads that could certainly have problems defensively against Belgium.

Like Harry Kane, Memphis Depay scored twelve goals in the World Cup Qualifiers and was by far the best striker in his team. The dutchmen have also been adopting a more attacking style of play for some years now, and games involving the Oranje often end with an “over-score”. As you can see in our World Cup match schedule, Depay and his team will face Qatar in the group stage, who will start the games as major underdogs and are in danger of conceding plenty of goals.

Speaking of “over/under-betting”: Are you already familiar with our popular Over/Under tool?  This betting tool tells you before the start of the games the probabilities of how many goals will be scored in a match!

Sadio Mané – The most dangerous underdog

Sadio Mané is Senegal’s star player and consistently demonstrated his scoring capabilities in impressive fashion at Liverpool FC. The top scorer in the 2018/19 Premier League season was twice named Africa’s Footballer of the Year and moved to FC Bayern Munich at the start of the new season.

The biggest uncertainty factor in this bet is, of course, the question of how far Senegal will get in this final round? Most experts rate the Lions of Teranga, as the strongest team in Africa, which they underlined by winning the 2022 Africa Cup. In addition, Senegal will face hosts Qatar in the group stage and a landslide victory should not be ruled out. Currently, a bet on Sadio Mané will return 67 times your stake, which is why you could definitely gamble on a small underdog bet.

How does the Golden Boot award get decided?

The golden boot is awarded to the player who scored the most goals in a tournament.

What happens when Golden Boot is tied?

In the past, if there was a tie, the player with more assists got the golden boot. However, since the 2006 World Cup, this rule is no longer applied. Now the trophy goes to the player who had fewer minutes of game time to score.

Who is the favorite to win the 2022 World Cup Golden Boot?

The English international striker Harry Kane is favored by all bookmakers.

At the 2018 World Cup in Russia, Harry Kane won the Golden Boot with six goals. 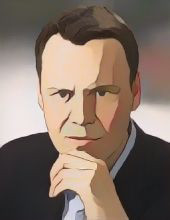