The group stage will be concluded with the clash between Serbia and Switzerland in Group G. We provide you with a detailed preview of the match, show you the best odds and predictions and show you our Serbia Switzerland World Cup tips.

Serbia lost their opening match 2-0 to Argentina and then drew 3-3 with Cameroon, but they were very unlucky. Switzerland opened the tournament with a 1-0 win over Cameroon before losing 1-0 to Brazil.

The match will take place on December 2 at 10pm Qatar time at Stadium 974 in Doha.

Serbia are considered razor thin favorites against Switzerland by the bookies. 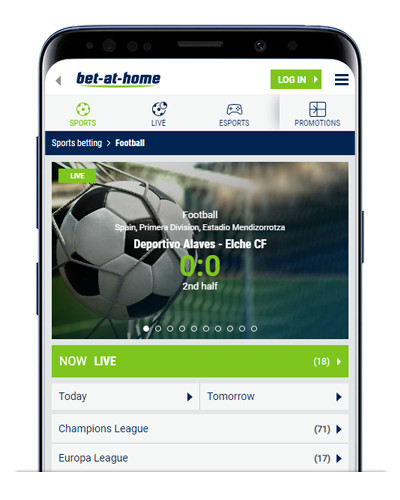 Serbia did not have a single goal scoring opportunity against Brazil in the first game, but ended up being very unlucky when drawing 3-3 against Cameroon. A goal by Cameroon should not have counted because of offside.

This means that the Serbs are doomed to win in their last match against Switzerland. A victory would definitely see the Serbs overtake Switzerland, which would then be enough for promotion if Cameroon fail to win against Brazil. With a win by one goal margin and a draw in the parallel match, there would be some calculating and a tight situation is also possible, as was already seen in the Group C matches on Wednesday.

But the bottom line is that the Serbs have to look after themselves. They can almost certainly rely on the Brazilians for support, but a win of their own against Switzerland is enough work.

Compared to the 2-0 defeat by Brazil, in which Serbia failed to score a single goal, the 3-3 draw with Cameroon was nevertheless a step in the right direction. The more attacking midfield line in the 3-4-2-1 system consisting of Sergej Milinkovic-Savic and Dusan Tadic was particularly convincing this time, and centre-forward Aleksandar Mitrovic also attracted attention with a goal and an assist.

But the Serbians are worried about the players behind them. The central defensive midfield with Sasa Lukic and Nemanja Maksimovic could make the difference against Switzerland in a negative sense. Here, the Serbs have clear potential for improvement. Salzburg defender Strahinja Pavlovic was also substituted due to injury, but should be fit again against the Swiss.

The Swiss have been performing strongly in the tournament so far. The 1-0 win over Cameroon was largely a win based on hard work, but they held up well against the heavy favorites from Brazil and the five-time world champions struggled to get through. It took a Casemiro goal on the 83rd minute to hand the Swiss their first defeat – and the first goal they conceded.

Before the match against Serbia, the situation is fairly clear: With a win, Switzerland will naturally advance to the round of the last 16. A draw is enough if Cameroon does not win against Brazil, and a defeat means elimination.

Yann Sommer is once again in superb tournament form and is one of the players who can make the difference for the Swiss. But the strong defensive centre could also be superior to that of Serbia. We are talking about the centre backs Nico Elvedi and Manuel Akanji, but also the prudent defensive midfielders Granit Xhaka and Remi Freuler.

The only thing Switzerland have to do is start scoring goals. So far, the goal difference is a very modest 1-1, and Xherdan Shaqiri, who has not yet played a role in the Swiss team, might be able to help.

In favor of Serbia:

In favor of Switzerland:

+ Better starting position, a draw should be good enough
+ Even against Brazil, the Swiss allowed only a few opportunities
+ Serbia, on the other hand, allow too many opposing opportunities
+ Better defensive midfielders

There has only been one match between Switzerland and Serbia, after the Swiss had previously played Serbia and Montenegro, who were still merged at the time, three times.

In 2018 at the World Cup in Russia, they also met at the group stage. On that occasion, the Swiss won 2-1, with Xhaka, Shaqiri and Mitrovic all scoring – players who could also provide the goals this time.

Serbia – Switzerland Over Under Prediction

The Swiss are not the team that needs to attack and be active in the last match of the group stage. Murat Yakin’s team can leave the creative part of the game to the Serbs and concentrate on a controlled, compact defence. As seen in the first games, it is very difficult to create scoring opportunities against the Swiss and so the Serbs have a very difficult task ahead of them.

We don’t expect a real spectacle, but much more fight and a lot of tactics. It will be a game in which both teams will have their opportunities, but still not many goals will be scored.

In all likelihood, a draw will be enough for Switzerland to advance – Serbia, however, will definitely have to win. It is therefore likely that Serbia will have more possession than the Swiss, who in turn can counterattack.

This should allow some goalscoring opportunities on both sides. We expect a draw between Serbia and Switzerland.

As already mentioned, the circumstances in this match should enable at least some attacks from both sides. However, as the Swiss are only allowing a few opportunities and have not yet found the great attacking power themselves, we expect a draw here with one goal each from both teams.

Our Serbia Switzerland result tip is 1-1!

When does Serbia – Switzerland start?

Where will Serbia – Switzerland be broadcasted?

In the United Kingdom the game between Serbia and Switzerland can be watched live on the BBC. In the United States Fox Sports will be the place to watch the game and in Canada the match will be aired on TNS. Fans from Serbia watch on RTS or Arena Sport, followers from Switzerland tune in to SRG or SSR.

How did the first World Cup games of Serbia and Switzerland end?

Serbia first lost 2-0 to Brazil and then drew 3-3 with Cameroon. Switzerland have been minimalist so far, winning their opening match 1-0 against Cameroon and then losing 1-0 to Brazil.

Who are Serbia´s best players?

Who are Switzerland´s best players?

One of Switzerland’s top players is goalkeeper Yann Sommer, who is repeatedly capable of perfect displays, especially in the national team. In central midfield, Granit Xhaka, Denis Zakaria and Djibril Sow are three other top players, and in attack Breel Embolo is the most interesting player.

How are the Serbia – Switzerland betting odds?

Renowned English bookmaker Bet365 is offering odds of @2.62 for a win by Serbia. A draw currently gets odds of @3.25 and a victory for Switzerland fetches odds of @2.80.