The second matchday in Group D features the top game between France and Denmark. Here, the world champions and one of the big favorites for the title will meet one of the dark horses of the tournament.

We provide you with a preview, predictions and the best France – Denmark betting tips!

On the first matchday, France won 4-1 against Australia in a very convincing manner. However, the “Equipe tricolore” fell behind and only then turned up the heat thanks to its excellent attacking line. Denmark, on the other hand, could not get beyond a disappointing 0-0 draw against Tunisia and is thus under pressure early on in the tournament.

The match will take place on 26 November at 7pm Qatar time at Stadium 974 in Doha.

The world champions from France are the favorites in the match against Denmark. 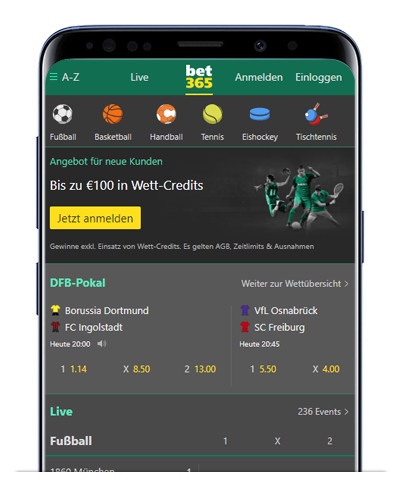 The most established name in world wide sports betting offers a huge range of betting options for new and experienced bettors. Bet365 is well known for great odds on sporting events from around the globe.

France were caught on the wrong foot by Australia early on and went 1-0 down. To make matters worse, Lucas Hernández was injured and is likely to be out for the rest of the season with a torn cruciate ligament.

He was the first French player to drop out of the tournament, after several star players such as Pogba, Kanté, Benzema and Kimpembe had already called off with injuries before the event.

The French, however, kept their cool and struck back before the end of the first half. At the break, it was already 2-1 for the world champions, who even won 4-1 in the end. Olivier Giroud put his mark on the game and scored a brace to break Thierry Henry’s French national team scoring record.

It was noticeable that the French played at a reduced pace even in periods when the game was far from decided. In many scenes, France slowed the pace and kept the ball circulating in midfield.

This will be different against Denmark, because France will have to expect greater pressure in midfield against the physically strong and well-organized Danes. Didier Deschamps’ men cannot afford to be half-hearted and the midfield in particular, but also the French defenders, will be put to a tougher test against Denmark than they were against Australia.

The World Cup got off to a disappointing start for Denmark. The 0-0 draw against Tunisia was definitely not what they had planned for the first game. However, the Danes could also provide far too little pressure.

The Tunisians turned out to be a stronger opponent than initially expected, but Denmark still has itself to blame for the loss of the two points. In addition, the defense was not always solid and the Tunisians had some good opportunities to score, in which Denmark was lucky not to fall behind.

With the French, however, the Danes now have a kind of favorite opponent in front of them. In the last UEFA Nations League, Denmark defeated France twice: In Paris, there was a 2-1 defeat for the world champions, in Copenhagen, the Danes even won 2-0.

France have not been able to cope with the physical approach of the Danes in the international games so far and have been particularly frustrated by the good organization of the Hjulmand team. On the one hand, France will now be warned about their opponents, but on the other hand, the last two games will also be buzzing around in the minds of the French, which could be an advantage for the Danes.

In favor of France:

+ Excellent attacking line-up with high pace
+ Giroud seems to be a good substitute for world footballer Karim Benzema
+ The partly slow Danish centre backs could have problems with Mbappé.
+ France started the tournament with a win and now have less pressure
+ The tournament experience speaks in favor of the world champions – a win would already put them into the last 16.

In favor of Denmark:

+ Good performances against France so far, most recently two victories against the world champions.
+ France were not challenged enough against Australia,
+ More open spaces than against Tunisia

The last clash between these two teams took place exactly two months ago at Parken in Copenhagen. After a strong match, Denmark won 2-0 against the French, with Kasper Dolberg and Andreas Skov Olsen scoring the goals for the Danes.

Oddly enough, in that match Denmark played with a four-man backline and France with a three-man backline. Now, in the World Cup clash, this could be the other way round.

The last clash between these two teams took place exactly two months ago at Parken in Copenhagen. After a strong match, Denmark won 2-0 against the French, with Kasper Dolberg and Andreas Skov Olsen scoring the goals for the Danes.

Oddly enough, in that match Denmark played with a four-man backline and France with a three-man backline. Now, in the World Cup clash, this could be the other way round.

However, the momentum should clearly be in favor of the French here, as the world champions started the tournament with a sweeping victory over Australia and thus already put a little pressure off, while Denmark should ideally win points and accordingly cannot act at ease.

We are therefore betting on a victory for the reigning world champions, who will sooner or later crack the Danish defense and then control the game well with their brilliant, technically confident players.

The two teams could keep each other in check for long stretches of the game and we expect a very competitive match. Denmark will challenge the French much more than the Australians did, especially in midfield. France, on the other hand, will also try not to give the Danes many opportunities for good set-pieces, so that “Danish Dynamite” cannot put their tall defenders in scene.

The individual class of the French on the attack should make the difference in this match. Sooner or later, France will score the first goal and after that, bigger spaces should open up for the world champions.

When does France – Denmark start?

The match between France and Denmark will take place on November 26, 2022 at 7pm Central European Time. The match will be played at Stadium 974 in Doha, which does not otherwise host any Group D matches.

Where will France – Denmark be broadcasted?

In the United Kingdom the game between France and Denmark can be watched live on the BBC. In the United States Fox Sports will be the place to watch the game and in Canada the match will be aired on TNS. Fans from France watch the match on TF1 or beIN Sport. In Denmark, the match is shown on DR or TV2.

How did the first World Cup games of France and Denmark end?

France won their opener against Australia 4-1 despite going behind early, with Olivier Giroud adding two goals. Denmark were held to a 0-0 draw by Tunisia and are already under pressure ahead of their clash with France.

Who are France´s best players?

Who are Denmark´s best players?

Denmark have several star players, especially in the defense and in the midfield centre. In centre back, for example, Andreas Christensen of Barcelona and Joachim Andersen of Crystal Palace perform. In midfield, Pierre-Emile Höjbjerg of Tottenham and Christian Eriksen of Man United are the biggest stars.

How are the France Denmark betting odds?