On Saturday 22nd January 2022, the Red Devils and the Hammers will lock horns at Old Trafford for their second leg premier league match, which is their third time to play each other this season.

West Ham will be looking to redeem themselves after the first leg defeat at home, the London Stadium. Although since 2007, West Ham has not won in the premier league at Old Trafford, they are sure to cause a real problem to the Manchester United players to clinch that win.

They may be seeking to rejuvenate themselves from a painful loss against Leeds in the past game week. Both these teams have injuries and unavailable players out playing for their countries. Therefore, this will be significant to the eventual result. Read on and find out more about this fixture, facts, and news about both teams.

This Video shows how you place successful in-play bets, set ideal filters and interpret everything correctly. ➜ Register here to see all live games and use all features such as filters.

Several players may not play for their side in the weekend’s match. Some of them include:

United’s winger, Jadon Sancho, who missed the previous match against Brentford due to family bereavement, may not feature for Saturday’s fixture.

On Wednesday, Maguire came off the bench to replace Ronaldo and didn’t get the armband after getting on the field. On the other hand, Lindelof and Varane may start for the Red Devils backline, who are in better form, which leaves the boss, Rangnick, in a dilemma on who should start. 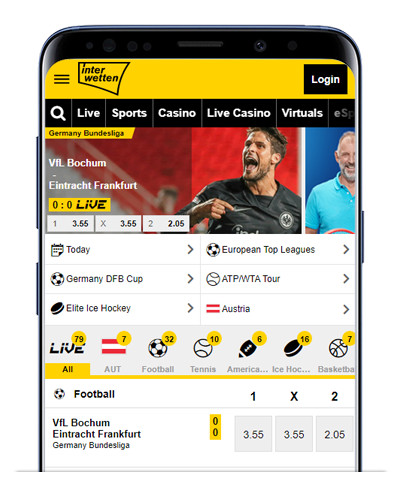 Interwetten is one of the early pioneers in online sports betting since it went online in 1997. The bookmaker comes with top odds for bets on the most popular teams from the big European Football Leagues. The betting platform has been developed in-house and sets new standards in terms of usability!

The goals of the previous game came from Anthony Elanga, Mason Greenwood and Marcus Rashford, who replaced Greenwood later in the game. These three may be a doubt for that game, though Rashford may start because he played for just 20 minutes. Edinson Cavani and Luke Shaw are still out with muscle issues, didn’t feature for the midweek game and are likely not to play the weekend match.

During the midweek action, Scott Mctominay picked up an injury in the last minutes and had to be replaced by Nemanja Matic. Ralf Rangnick will be hoping he gets back on his feet before this fixture as he has developed to play a pivotal role under the interim manager.

Paul Pogba has been out and definitely won’t play, and Aaron Wan Bissaka, who joined Pogba on injury after the match against Norwich, is unsure of making even the bench soon. Eric Bailly is out on international duty, but Manchester United’s defence is covered with Maguire, Varane and Lindelof available.

For the Hammers, players that are likely not to make the squad against the Red Devils are:

West Ham’s midfielder, Tomas Soucek, will return from COVID after missing the previous match that Leeds won against them at the London Stadium. Declan Rice seemed to be struggling during that game, but with Soucek likely to play in the weekend, the duo will be back to seal the midfield.

Both Pablo Fornals and Nikola Vlasic will battle for a single spot in David Moyes’ formation if Soucek is cleared to start for his side on Saturday’s game. The centre Back, Kurt Zouma, who has been out for six weeks, may make his return from the sidelines, but he may not be good enough to start for Moyes.

Said Benrahma from Algeria is out on international duty and therefore won’t be an option for Moyes’ squad playing on Saturday. Jarrod Bowen will start on the right flank and Michail Antonio in his usual centre forward position.

Mark Noble may be available; although he picked up a knock, he may be fit to play. Angelo Ogbonna was ruled out for the rest of the season with an ACL injury against Liverpool back on 7th November 2021. With Dawson and Diop, the backline is still secure.

With Manchester United’s shaky form, they will seek to get three points at Old Trafford, but with Moyes, who also managed the Red Devils a while ago, it’s sure to be an uphill task. The hammers defeated the red devils at home to eliminate them from the Carabao Cup and progress to the fourth round; therefore, they also have a shot at getting the three points.

As said earlier, West Ham has not clinched a win in the premier league at Old Trafford since 2007; hence, it may be a historic match if the hammers win.

In the past five matches, Westham has scored a minimum of two goals, while the red devils in their last four home matches against the hammers have scored less than 2.5 goals across all competitions. Westham have 37 points and Manchester United 35 points, meaning that either team will be seeking a win to hold on to a top-four position. This match is sure to be exhilarating and full of action from both ends. Check out our list of betting sites to claim the best bookie offers!